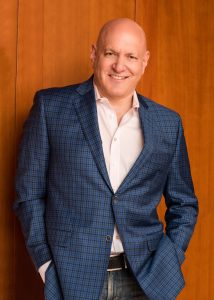 Keith Ablow graduated Brown University with a degree in neurosciences, with highest honors, and went on to receive his M.D. from The Johns Hopkins School of Medicine.  He trained in psychiatry at Tufts/New England Medical Center and practiced for 25 years before creating Pain-2-Power, his life coaching and counseling system that transforms emotional injuries into insights that free us to overcome any challenge and become the self-actualized individuals we were always meant to be.

Expanding on the Pain-2-Power pathway, Keith offers creative coaching to artists, writers, inventors, entrepreneurs, and thought leaders. The Pain-2-Power Creative Pathway is a process of exploring your creative goals and what is holding you back from achieving them then developing a plan to overcome those obstacles.

Keith has hosted a nationally-syndicated talk show and has appeared on television as an expert on culture and politics for Fox News, the Today Show, Good Morning America, Oprah, Dr. Oz, 20/20 and many other venues thousands of times, invented a bestselling children’s toy and written and sold screenplays to major television networks and film companies, including CBS and Lionsgate Films.

In 2015 Keith launched Project Prescription—“art that can move people to think deeply and act boldly.”

Keith has helped clients across the United States and from more than a dozen countries in Europe, Asia and the Middle East.  He has been profiled in People magazine, the Journal of the American Medical Association, Psychiatric Times, Good Housekeeping, Boston magazine, the New York Post, the Baltimore Sun, The Washington Post and many other publications.