HOW TO WRITE NOVELS WITH CAPTIVATING DIALOGUE

After writing three novels that had resulted in about 100 rejection letters, I was really lucky to have two experiences that led to the sale of my six novels featuring forensic psychiatrist Frank Clevenger.

The first lucky experience was visiting with a psychiatrist way back in 1991 when I was chief resident in psychiatry at Tufts/New England Medical Centers.  Yes, we psychiatrists also get psychotherapy. My psychiatrist was about 80 years old and a no-nonsense man with true genius for getting to the bottom of things.  He could summon soaring insights, but could also cut right to the core with a piercing observation or question.  During our first visit, when I told him that those 100 rejection letters for novels were one of the things on my mind, he said this, “Maybe you don’t know how to write a novel.”

“Because you have a hundred rejection letters.”

Now, I know that the world is imperfect.  I know that Robert Pirsig, author of the brilliant book Zen and the Art of Motorcycle Maintenance,  which sold millions of copies, accumulated well over 100 rejection letters before one lone publisher offered him a small advance.  Still, I couldn’t ignore the challenging, somewhat stinging gem of an observation my psychiatrist had been good enough to offer up:  Maybe you don’t know how to write a novel.

About a week later, I hired a writing coach (the late Gary Provost) and also purchased his Video Novel Workshop.

That purchase was the second really lucky experience I referred to at the start of this blog.  In Gary’s course were keys to writing novels that really worked—first and foremost, because they included some structural elements Gary argued all novels must include (much the way in which buildings, for instance, need things like foundations) and some very strong suggestions about how to hold the attention of one’s readers.

Here’s the essence of what Gary said about writing dialogue in novels:  If you want to hold a reader’s attention, make the dialogue about conflict.  People pay attention to disagreements between characters, not peaceful exchanges or pleasantries.  Take a simple situation like the bill coming for dinner.  There’s no reason to write about two characters agreeing to split the tab, then saying goodbye and leaving the pretty restaurant.  That’s pretty boring.  You could skip it.  Instead, maybe one of the characters named Nancy who always worries about being taken advantage of picks up the bill, looks it over and says, “You had the wine and the chicken, so . . .”

Her dinner companion Paula says, “Can I point something out, without you getting angry?”

“Sure,” Nancy says, efforting a smile, “even though that usually means you’re going to say something to make me angry.”

Paula shrugs.  “Why do you always figure out who had what?  Why wouldn’t we just each pay half.”

Nancy puts the bill down.  “Interesting.  I think you’re saying I’m a stickler for a few dollars, but you’re actually the one who thinks I should pay for half your wine.”

Now, you’ve got the reader’s attention. Why?  Because conflict tends to reveal deeper levels of character—not just in dialogue, by the way, but in many aspects of life.  We get to know who people really are when they have to defend themselves or debate their beliefs or take a chance to stand up for those they love.

By the way, that’s probably why my psychiatrist made his helpful comment in the piercing way he did.  Maybe you don’t know how to write a novel.

That got my attention and got me moving—just like you want your reader moving right to the next page.

Keith Ablow is the founder of www.keithablowcreative.com 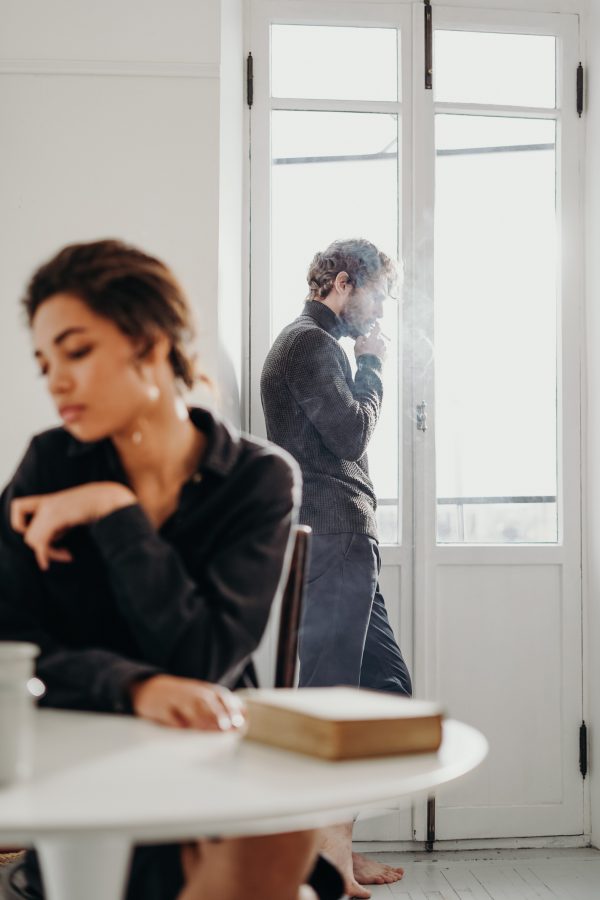