Getting Over the “Am I Kidding Myself?” Hurdle

After talking with enough creators about their plans, I have identified a hurdle to creative expression.  I want to share it with you so that you can clear it.

The hurdle, if it could speak, would say something like this:  “Sure, I may have the desire to write a book or start a business or run for office or create art, but my desire isn’t unique and what I would offer the world isn’t going to change the world substantially enough.  There are better books than I would write.  There are better political minds than mine.  Van Gogh was ten times the painter I could ever be.”

Call it the “Am I kidding myself?” hurdle.

Let me tell you another name for it:  It’s called resistance—resistance to following through with your own creative destiny.  Steven Pressfield wrote a whole book about it called The War of Art  which I wholeheartedly recommend.

The truth is that your book may or may not rival one by Fitzgerald.  Your paintings may or may not sell or win critical acclaim.  Your business may or may not revolutionize an industry—or even make it past year one.  But no one can write the book you will or paint the painting you will or start the precise business in the precise way you will with its precise goals.  No one.  Once the seed of a creative idea is planted in your mind, it is an original. Period.  Because you are an original.  And that’s why what you create really could change your life or the lives or others, or both.  And if it does, then no one else could have done it in that way, at that time, for those people.  No one.

You have no idea when or where or how your creativity will take flight, because you’re not supposed to know.  You just have to serve the Muse, not ask her a bunch of questions.  Because you can’t possibly figure out how your brainchildren will resonate in the world. It could be the case that you sell a million copies of your book and write ten more and change hearts and minds for the better. Or, it could be that you don’t even find a publisher for your book, but that your daughter or your grandson or your brother or your friend ends up motivated to express her or his creativity because you showed the courage to express yours.  And maybe her creation takes flight—partly using fuel you provided.

J.D. Salinger described it really well in Franny and Zooey.

In that book, Franny has given up acting because she thinks that the audiences don’t understand her work and that it won’t amount to the grand, heart and mind-changing series of performances she apparently anticipated (at least, it hasn’t yet).  But Zooey knows better than to agree that his sister should have any idea how her work is going to resonate in the world.  Who knows, after all?  Certainly not the artist herself.  Here’s what Zooey tells his sister about the night he saw her in summer stock theater:

“ . . . I’ll tell you, buddy.  You were good.  And when I say good, I mean good.  You held that goddman mess up.  Even all those sunburned lobsters in the audience knew it.  And now I hear you’re finished with the theatre forever—I hear things, I hear things.  And I remember the spiel you came back with when the season was over.  Oh, you irritate me, Franny!  I’m sorry, but you do.  You’ve made the great startling goddamn discovery that the acting profession’s full of mercenaries and butchers.  As I remember, you even looked like somebody who’d just been shattered because all the ushers hadn’t been geniuses.  What the matter with you, buddy?  Where are your brains . . . ?  It’s this business off desiring, if you want to know the goddamn truth, that makes an actor in the first place . . . .  Somewhere along the line—in one damn incarnation or another, if you like—you not only had a hankering to be an actor or an actress, but to be a goodone.  You can’t just walk out on the results of your own hankerings.  Cause and effect, buddy, cause and effect.  The only thing you can do now, the only religious thing you can do, is act.  Act for God, if you want to—be God’sactress, if you want to.  What could be prettier?”

Enough said.  You get my point.  Or Salinger’s.  If you need help getting underway, I’m here to help.  I would love to.  You know where to find me. 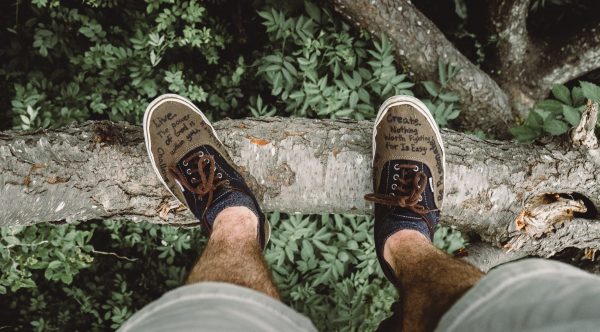