Too many of us are locked in self-consciousness. We worry about how we will be perceived by friends and family, or colleagues, or that great nameless, faceless mass of folks known as “the public.” Anxiety of that kind is the enemy of creativity because creativity requires the courage to be judged. Whether writing or painting or sculpting or inventing a new product or starting a new business, there will be no shortage of critiques and critics. And the more raw or original or iconoclastic the idea, the louder the criticism will be. Get it just right as an artist/inventor/entrepreneur of any kind, and you can plan for lots of pushback—at least, initially.

It’s worth using a device like this to get to your creative core because the fear of self-disclosure is actually paper tiger. You won’t lose anything worth keeping when you uncover and share the deepest level of your creative soul; you’ll gain the power to connect with others at that level. And that’s what a creative life is all about.

The interplay between anxiety and creativity isn’t a one-way street. Sure, anxiety can limit your creative output. But if you keep your creativity bottled up, it won’t just remain peacefully contained. It will start to churn uncomfortably, underground, and actually cause anxiety.

Even when a person is engaged in a creative process, it can take a conscious decision to burrow more deeply, in order to get to even richer sources of creative energy. Not infrequently, when writing the series of essays included in my book To Wrestle with Demons, I had to challenge myself to reveal more of my thoughts than I initially felt comfortable with. In fact, the reflections that initially begged to remain private ended up being the ones readers said they connected most with. That’s no surprise; we are more alike than different in what we fear and so much more alone with our anxieties than we need to be.

Self-revelation crushes anxiety and fuels real creativity because it accesses core truths. Just take it from one of my favorite authors, the late Harry Crews. Crews had written without any success for years. Then, he finally decided to stop pretending and start sharing who he really was. That’s when his work started to sell. One novel after another. Here’s how he described it:

I was sitting in a tiny room at the typewriter trying not to wake up my eight-year old son. Beside me in boxes were manuscripts. All rejected. Rejected because they were no good. I’d written five novels and hundreds and hundreds of short stories. I’d written ten years, and not a word had seen print . . . I was a writer. A fiction writer. And a goddamn good one. It was in me somewhere, but something had gone horribly wrong . . .

I turned and looked at all that worthless work stacked against the wall. Why was it all so goddamn bad? Because by then I knew the work I had done, and was doing, was no good. I had worked just hard enough and had learned just enough to know that I wasn’t neglected or overlooked by several thousand dumb publishers of one kind or another. No, I was a twenty-four-karat fake; that was the trouble.

For many and complicated reasons, circumstances had collaborated to make me ashamed that I was a tenant farmer’s son. As weak and warped as it is, and as difficult as it is even now to admit it, I was so humiliated by the fact that I was from the edge of the Okefenokee Swamp in the worst hookworm and rickets part of Georgia I could not bear to think of it, and worse to believe it. Everything I had written had been out of a fear and loathing for what I was and who I was. It was all out of an effort to pretend otherwise. I believe to this day, and will always believe, that in that moment I literally saved my life, because the next thought—and it was more than a thought, it was dead-solid conviction—was that all I had going for me in the world or would ever have was that swamp, all those goddamn mules, all the other beautiful and dreadful and sorry circumstances that had made me the Grit I am and will always be. Once I realized that the way I saw the world and man’s condition in it would always be exactly and inevitably shaped by everything which up to that moment had only shamed me, once I realized that, I was home free.

Yes, indeed. He was home free. He went on to publish many acclaimed novels and collections of short stories. His biography Blood, Bone and Marrow, written by Ted Geltner, was published in 2016.

I want you to dare to do it. Free yourself from anxiety by diving into the creative work you worry might reveal too much about you. Challenge yourself to peel away layers of defenses keeping you from sharing the core of you. You will never be weakened in the effort, only made more powerful. 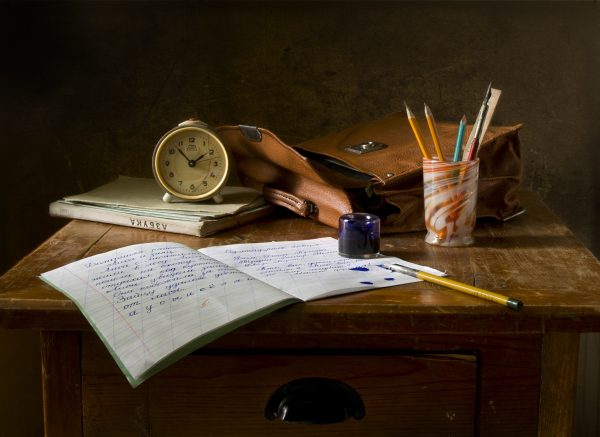